Breaking News
Home / World / How did the “Sununuh” Iranian intelligence affect an Ahwazi activist in Turkey?

How did the “Sununuh” Iranian intelligence affect an Ahwazi activist in Turkey? 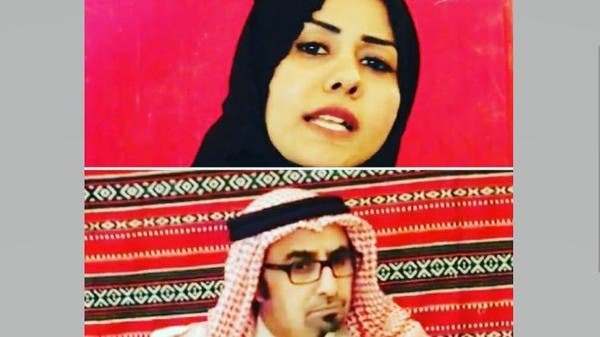 Images and surveillance cameras leaked by Turkish intelligence to international media have revealed new details about the kidnapping of the Ahwazi activist Habib Farajula Kaab, known as Habib Assyud, who is the first head of the “Arab struggle for the liberation of Ahwaz” movement. 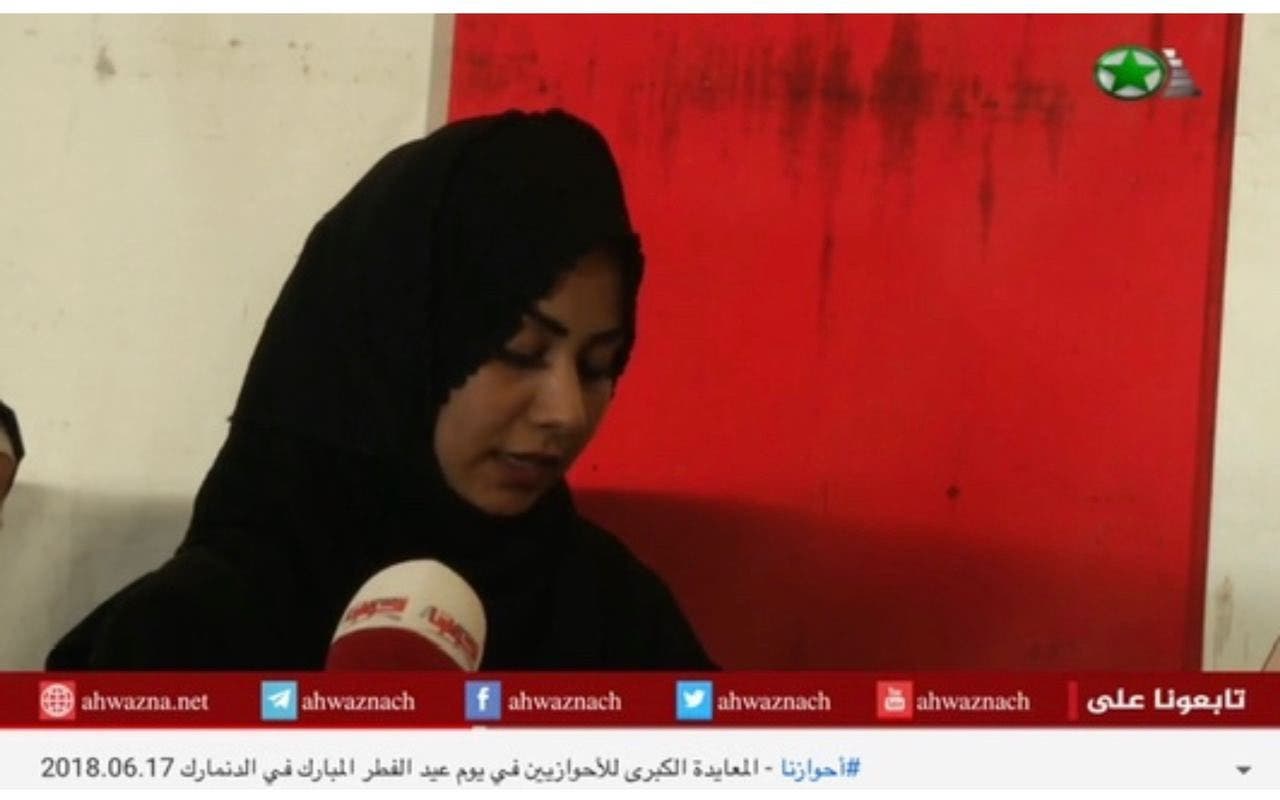 Pictures and information show that the operation was carried out by attracting Kaab to Turkey through a spy or “swallowing” job for Iranian intellectuals named Sabreen Saeedi, who joined the organization three years ago as an Achviz activist. And poet, who sought refuge with her husband in Britain, where the Ahwazi Church is the largest in Europe.

The term “swallows” is used in Iranian political literature for women and girls who are recruited by the Iranian intelligence services to attract dissidents.

The followers of Al-Arabiya.net have found that Sabreen, from an Ahwazi Arab family, many of its members were executed by the Iranian regime, accused of activism for the Ahwazi cause. The family immigrated to Iraq during the war in Iran in the early 1980s and was born Sabran and grew up there. 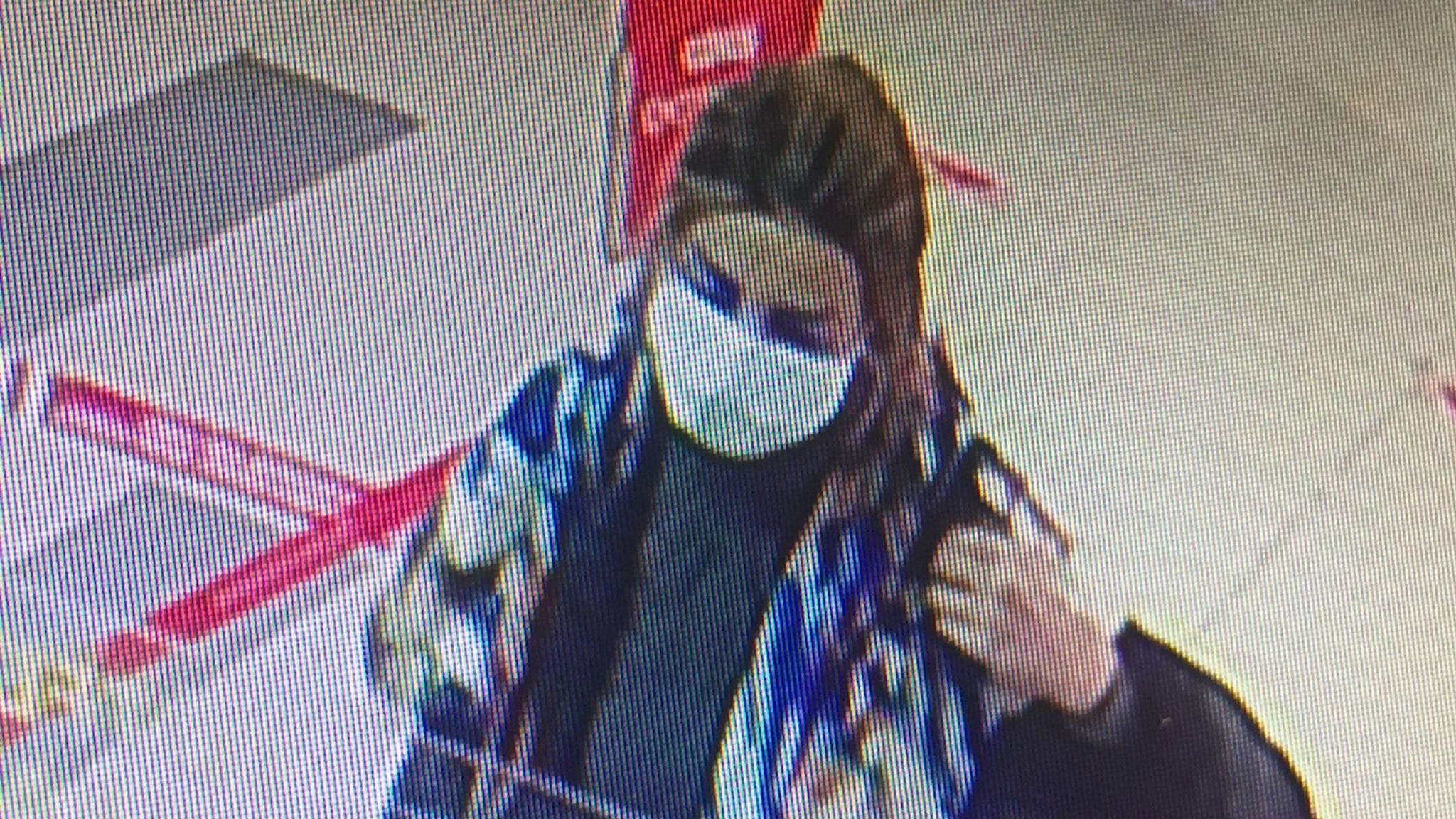 Sabreen married a cousin in Ahwaz after her return to Iran, but she got a divorce after years, married one of her relatives in the UK, and she joined him in 2017. From there, she started Connect with Ahwazi activists in Europe, in particular with the leaders of the Arab struggle movement. To liberate al-Ahwaz, “including Hab Assyod.

According to information received by Al-Arabiya.net from Ahwazi activists, Sabreen traveled from London where the leaders of the struggle movement live in Denmark, Sweden, the Netherlands and Belgium, in order to sell them, she came to the house of Habib Assyud and Other leaders, and played the role of an opposition activist in order to obtain the information and send it to Iranian intelligence. 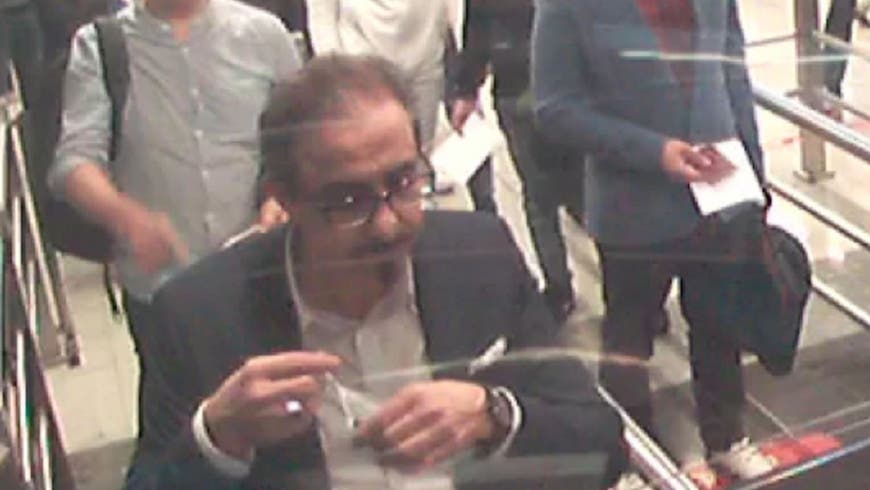 Footage from the Ahwazna television, linked to the struggle movement, also shows that Sobrin joined the media organization after gaining the trust of its leaders and appeared on their programs in the name of the poet “Umm Muhammad”. Al-Tarfi “accompanied by her husband. And her recitation of national and patriotic songs, which were broadcast on the channel screen.

Ahwazi activists say Sabrin used to visit Iran under the pretext of completing the procedures for reuniting her two children, as well as no Iraq to visit her family, but British authorities revealed through their sources about her suspicious relations, and she was prevented from returning. No London, where her husband lives, while Al-Arabiya.net was not known. Confirm the information from British sources or independent sources.

This is while Saeed Humaidan, head of the Arab Struggle Movement for the Liberation of Ahwaz, confirmed in an interview with Al-Arabiya channel on December 15 that Sabreen Saeedi staying with her husband and son in London, and was expelled by the British government In December 2018.

Head of the Arab struggle movement for the liberation of Ahwaz, Said Humidan: Iranian intelligence lured Habib assassinated by his agents … and his fate may be execution #Arabia pic.twitter.com/5ecWA9vrPk

The members of the movement talk about another Sununuah named Shahla Zubeidi, who married Habib Kaab in Sweden after his separation from his first wife, and they say that she received a lot of information about the struggle movement, then accused them In stealing her money and conducted a defamation process on the communication sites, which led to his divorce. . Despite this, Habib returned to Shahla and lived with her, which led to differences between him and the leaders of the movement, and she was the last to learn about his trip to Turkey, according to movement activists and his ex-wife. , Hode Hawashmi. 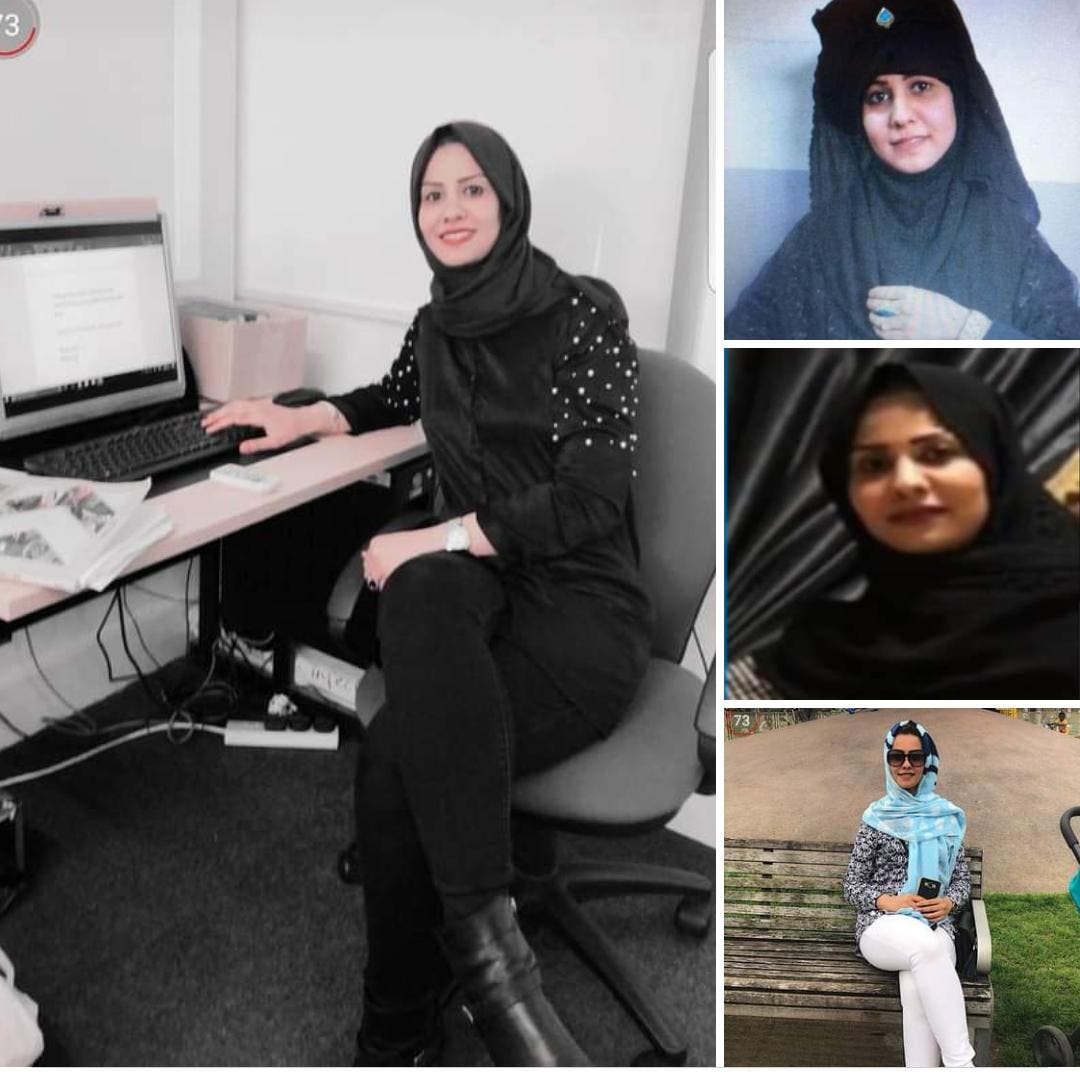 Details of the kidnapping

According to Sky News leaks, Habib Kaab traveled to Turkey on October 9, to meet Sabrin on a date, and members of a well-known drug gang working for the Iranian intelligence service kidnapped Kaab by drugging and restraining him, and then crossing over to Iran.

The Turkish security leaks came after the escalation of differences between Ankara and Tehran against the backdrop of the Karabakh crisis, as it led to the disclosure of valuable information about the kidnapping of the Ahwazi activist and other Iranian opponents who had been assassinated on Turkish territory Iranian intelligence.

Turkish authorities have announced the arrest of 13 people in a cell linked to the Iranian intelligentsia for interfering in the kidnapping of Kaab.

In the context of his denial of involvement in the kidnapping of Kaab, Ankara gave the British “Sky News” channel exclusive access to the Turkish anti-terrorism files, as it stated that closed circuit television images showed Sabrin and another Iranian element accompanying her To Istanbul Airport.

The band members are led by a well-known drug dealer, Naji Sharifi Zindeshti, a Kurdish-Iranian holder of Turkish citizenship who has worked as a double agent for the Turkish and Iranian intelligence services for many years, but now resides in Iran. He was involved in kidnapping assassins and assassinating other Iranian opponents in Turkey.

The band members met in Istanbul a day before Kaab was kidnapped when two of them visited a shop to buy wires of various sizes, which the Turkish authorities say were used to tie Haib Kaab’s hands and feet when He was arrested and taken to a pickup truck several hours later. 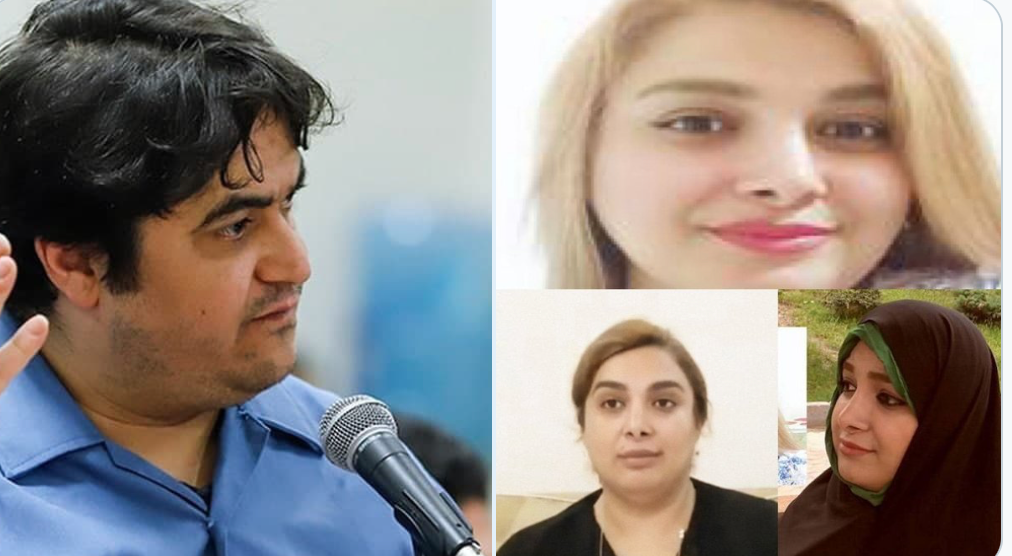 The published photos show that Habib Kaab went to the Sabiha airport in Istanbul on the evening of October 9, with a taxi to a petrol station, about 80 kilometers away, to meet Sabrin Saedi, and got out of the taxi to take a pickup truck , Where Turkish investigators say he was drugged as soon as he got into it. And he was transported more than 1,600 kilometers to the east of the country to the city of “Van”, near the border with Iran, where he was smuggled through it. 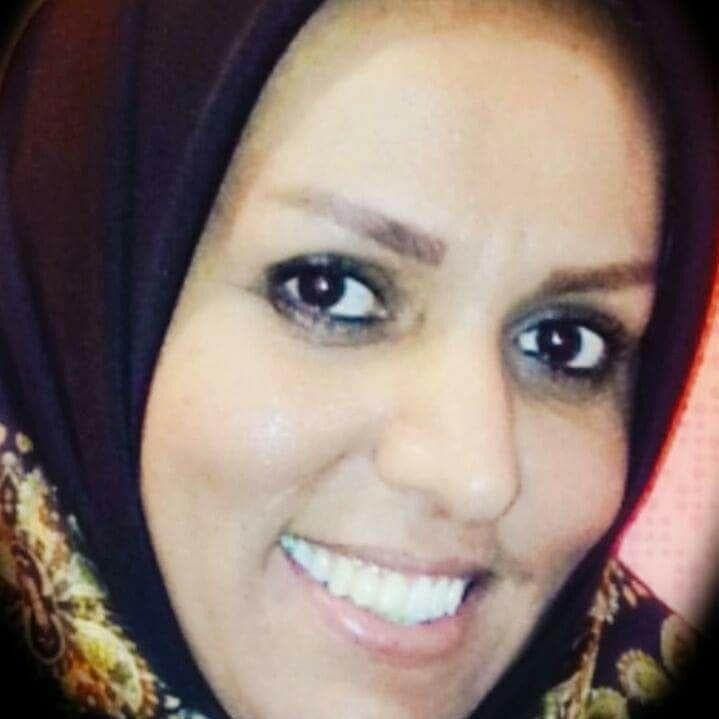 The case of the kidnapping of Ahwazi activist Habib Kaab, known as Habib Assyed, sheds light on the role of the “swallows” of the Iranian intelligence services against the opposition, because they are similar to the case of the journalist Ruhollah Zam , Who was living in France but disappeared after being dragged into Iraq last year, which was carried out. Tehran was sentenced to death last Saturday.

Zam’s colleagues spoke about a Sunnaa named Sherin Najafi, who was a cadre of the “Amed News” website founded by Zam, and lives in Turkey, and she persuaded him to travel to Iraq to conclude an employment contract and receive financial support. In the amount of 15 million euros of people claiming to be connected with an office. The Shiite authority, Ayatollah Ali al-Sistani, denied that Sistani’s office had been denied.

It is noteworthy that the Kihan newspaper, linked to the office of Iranian Supreme Leader Ali Khamenei, last Tuesday threatened opponents of the regime with fate, and wrote that Tehran “will not tolerate those who act against its national security.”

She also described the kidnappings of Zam and the opposition Jamshid Sharmhad, leaders of the “Tinder” group, as well as the kidnapping of the Ahwazi activist Habib Assyod of Turkey as “a new stage in the pursuit of traitors inside and outside Iran.” As she said it.