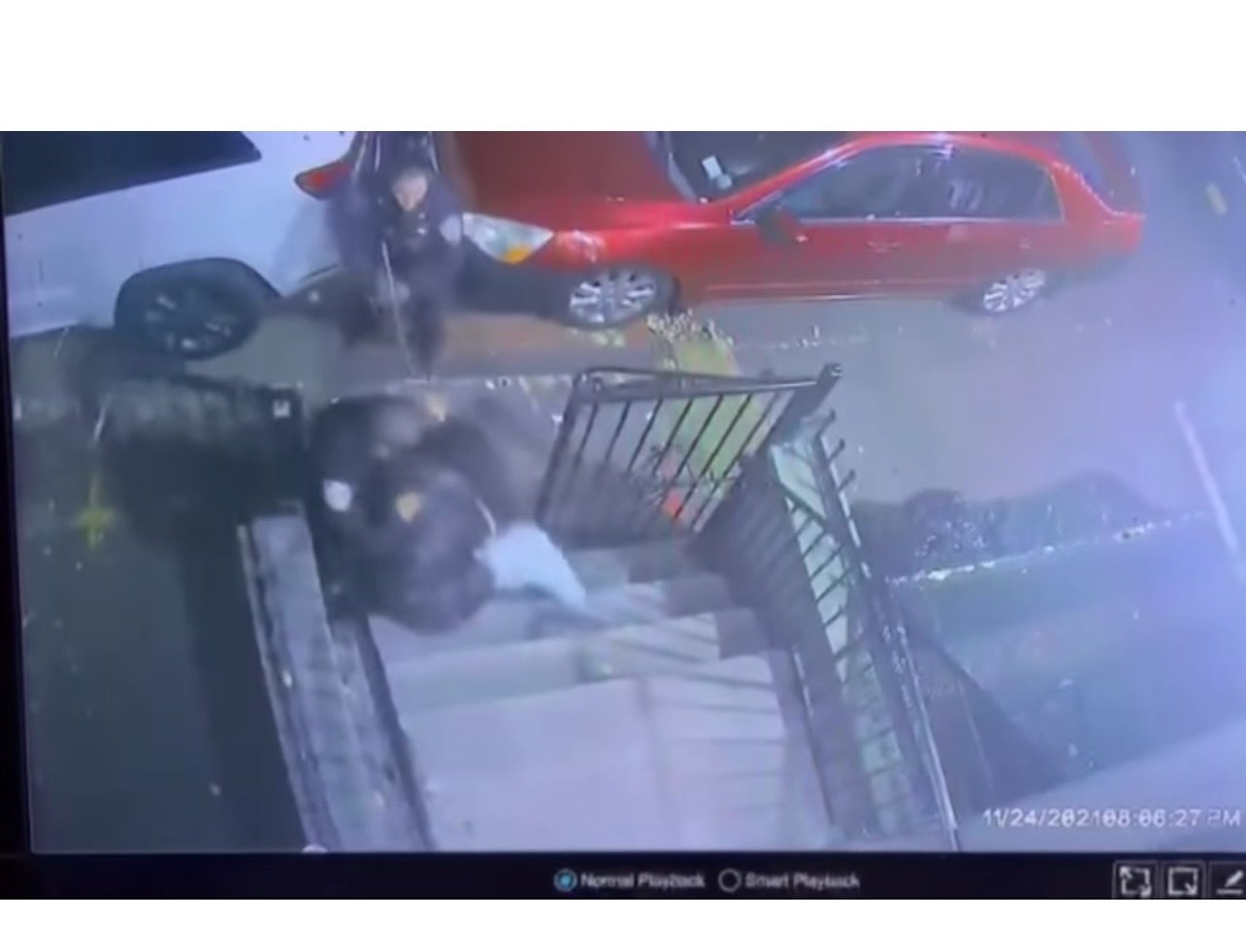 Surveillance footage shows the dramatic moment a ‘career criminal’ opens fire on two New York City Police officers responded to a call Wednesday in the Bronx of a man with a gun.

Officers Alejandro Jacobs and Robert Holmes approach the alleged shooter, who is sitting on a stump in the Bronx, around 8 p.m., the video shows.

The 23-year-old suspect, who was not charged, allegedly opened fire with a smoking gun. Holmes is shown in the footage wrestling him to the ground as Jacobs returns fire, dismissing five shots.

Holmes was struck in the arm, and Jacobs took two bullets to her arm, according to police. The general criminal has been beaten three times but is expected to survive.

NYPD Commissioner Shea said at a news conference Wednesday that the suspect was a “career criminal with multiple arrests,” as he praised the officers for their bravery.

The firearm used in the shooting was reported stolen last year in Georgia, Shea said.

“Clear [it] Made his way, as much as many gun do, up into New York City and this caused carnage on the streets, “the NYPD’s top copyist told reporters.

Jacobs was released from the hospital on Thursday in time for Thanksgiving. Holmes and the suspect remain in the hospital in stable condition, police said.